Growth Hacks: From A Startup In Dubai To An International Brand

Growth Hacks: From A Startup In Dubai To An International Brand

It was a proud moment for me as the co-founder of Cove Dubai to have my award-winning concept launch its first international expansion, and thereby become Dubai’s first lifestyle brand to be exported to Las Vegas. Taking over the Venus Pool and Lounge at Caesars Palace, the move marks the first step in a long line of plans to grow the brand’s international footprint. Here are a few of my ideas on how you too can build a brand in the UAE that’s primed for international success:

1. Have a vision (and stick to it) First and foremost, it’s important to figure out where you want to be as a brand, and then do whatever needs to be done to get there. We took a risk with Cove when we didn’t follow the conventional (and safe) option of simply providing experiences that would drive the most revenue- it’s really not about that for us. It’s about sticking to our mission of dominating the high-end affordable beach club sector, as a well-defined lifestyle brand, no matter how that effects the numbers. Because of that, people recognize that we are maintaining that balance of being high-end yet affordable, humble and not aggressive, and most importantly, that we deliver an amazing product and service, day after day. Our unwavering commitment to executing this mission has attracted attention among our key partners, such as Meraas, who appreciate what we’ve accomplished, and, as a result, are very supportive of our future plans.

2. Focus on exceptional customer service This should be an obvious one, but so many places get it wrong. The staff act as the face of a brand and the primary touchpoint for customers, making them instrumental in the success or failure of a brand or venue, particularly in hospitality. When we opened Cove Beach, we set a firm benchmark for customer service, which is that every person who walked through the door would get the levels of service and experience that I would personally want to experience as a customer, delivering nothing less than my own expectations in terms of service and consistency.

Our staff are well-informed and trained to be able to deliver and exceed this, with many coming from backgrounds of premium lifestyle experience, such as key international hospitality tourist markets like St. Tropez and Mykonos. The wealth of knowledge that they bring to the brand has been instrumental in elevating the entire Cove Beach experience, while transferring the customer service skills they’ve learnt around the world to team members who’ve not yet had the chance to work in those locations.

This level of service works both ways, and, as an employer, it’s also important to take care of your team in the same manner as you expect them to take care of our guests. In addition to training, growth, and personal development opportunities, we’ve spent a lot of time creating an environment that feels like family, meaning our turnaround is incredibly low, particularly for the hospitality sector, which typically sees high levels of employee churn. Moving forward, we’ll also be giving our staff the opportunity to move with Cove Beach as it expands around the globe. 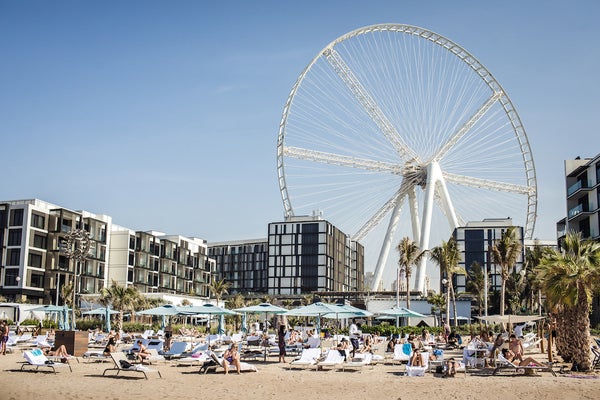 3. Create differentiation When we started Cove Beach, the idea was to create a lifestyle brand, not just a beach club. The whole premise was formed around being able to take Cove Beach, the brand, to anywhere in the world, from a rooftop in Singapore to a beach in Montenegro, and it would work. In order to do that, however, we have to justify being a lifestyle brand in our own right, outside of just our logo or how we talk about ourselves, and that justification comes down to creating relatable focus points.

I like to think of Cove Beach as “the calm before the storm”- it can be anything for everyone, from a cool, relaxed Sunday afternoon to a party on a Friday. It’s subtle and relaxed, while at the same time, being edgy and pushing the envelope. We reflect this through the venue’s aesthetic–it’s white, clean, zen, peaceful, but strategically complemented with contrasting pieces of art that also inject fun and energy.

As an example, most typical high-end beach clubs don’t have a fitness program, but we’re building a whole ecosystem called Cove Fitness, which will include everything from spinning, boot camps, and yoga, to healthy food and juice bars- this summer, we’re even building a functional training gym right on the beach. This is just one of the ways we’re working to further elevate the brand as a true lifestyle destination.

Art is also a very important focus when it comes to justifying our lifestyle brand status – just recently, we had one of the top artists in this part of the world paint live in our lounge, in front of guests– as is our F&B offer. We are interested in providing an amazing food experience that goes above the simple comfort food people come to expect from beach clubs, which is why we hired a world-class head chef and create experiences such as making ice-cream for guests right at their table. Ultimately, we’re not a onetrick pony who bring in DJs once a month for a big “house party.” We’ve worked hard to deliver tailored experiences every day of the week, from live music on a Monday, to salsa lessons at our Latin-themed Tuesdays, and our Jamaican Beach BBQ on a Saturday. It’s not just about making as much money as possible every day of the week- instead, it’s about creating different activations and experiences that make people want to keep coming back, because we reflect their personality and lifestyle, and it becomes part of their routine, something that they love so much that they just can’t miss it, week after week. Anyone looking to take their brand internationally needs to make sure they nail this and not just become a copy-paste of existing concepts. 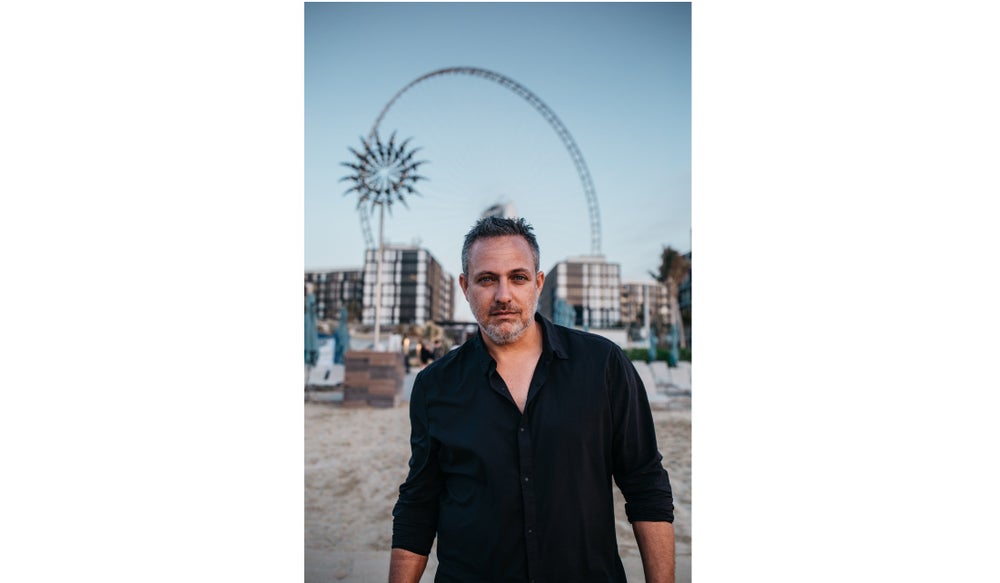 4. Think global from the outset Right from when we began to conceptualize Cove Beach, our global plans were reflected in our mission. It wasn’t about starting small, and then trying to change the brand to adapt to international markets- we knew we wanted to be there from the beginning, and that foresight set the foundation for our success in achieving that goal.

For the first time, this summer we’re exporting Cove Beach to Las Vegas, and we are currently in talks to open venues in at least five new countries in the next three years. These aren’t necessarily the typical locations people might expect- we’re deliberately going against the grain, identifying long-season locations that won’t compete with existing beach clubs, and where our lifestyle brand will resonate and drive as much attention as it already does in Dubai. Without a doubt, our ambition to dominate the space globally is well underway, and we hope that Cove Beach is just the first of many local brands to follow the same path.

Startup Panorama Edition 10.0 features the inspiring stories of some of Dubai's women in tech on the hurdles they faced, support they found in the ecosystem and why they chose to build their startups in the emirate.