Describing itself as a “VC 2.0 working on a hybrid model of venture capital, private equity, incubators, and accelerators,” Dubai-based venture capital firm ASA Ventures is striving to boost the entrepreneurial ecosystem in Dubai and (hopefully soon) across the Middle East as well. Established in 2003 in Portugal, ASA Ventures believes in adding value through monetary capital and operational support. Operating in seven countries with expansions planned into five more, the hybrid venture capital firm boasts 30 portfolio companies compromising of B2B and B2C companies in various industries, ranging from customer satisfaction and business optimization, and all the way to retail and modest fashion. The venture capital firm currently has US$80+ million current assets under management, with 15 successful success exits in Portugal, UK and the UAE.

Leading the firm is Arif Saiyad, founder and CEO, whose operational expertise lies in machine learning, AI, web engineering and software development, with wide experience in e-commerce, marketing and business analytics. Saiyad got into the entrepreneurial foray as an engineering student in Instituto Superior de Engenharia de Lisboa (ISEL), Lisbon: “I’m a software engineer by trade, and I was an intern at Microsoft, yet I’ve always had an entrepreneurial mindset.” Saiyad’s thirst for entrepreneurship drove the founder to start his own web development company, which proved to be a successful venture as Saiyad proudly states how it became the third largest web development company, in terms of its sales in the Lisbon market.

It became Saiyad’s first lucrative exit, enabling him and ASA Ventures to start investing in other businesses. It was followed with a steady growth: from creating its own version of loyalty cards in Portugal with the Cartao Pontos in 2007, to acquiring 20% of Netanswers in 2008, establishing interior and design services Lahnu Tchrass in 2009, followed by acquiring shares for Xroomz and starting Central de Servicos, a portal to enable users to search for search for B2B and B2C services in 2010.

A significant point for the firm was in 2013 when ASA Ventures officially moved its headquarters to Dubai, UAE, with its team and strategic partners, who provided insights to local conditions, after noticing the city’s startup scene. It was also when it seed funded (and eventually operated) mobileshop.ae. It was a time, Saiyad comments, when they were only a few players in the e-commerce scene, and brick and mortar stores still had the reigning upper hand. With customer service and logistics being unsatisfactory, there was also a need for better prices- which Saiyad’s online venture solved by ensuring to offer the lowest prices and best after-sales customer relationship. “It’s a no-brainer: keep the customer happy and your business will thrive, and that’s exactly what we did.”

With this perspective, it’s no surprise that Saiyad’s initial investment of $30,000 turned to $3 million. Another crucial venture was starting Callix in 2017, a call center service company with a specific focus on SMEs, which, in 2018, expanded to Pakistan. When asked about how he goes about deciding on the ventures he wants to be associated with, Saiyad remarks on his affinity for being an enabler: “I’ve always been interested in turning ideas into reality. If it’s something that will make things easier and faster, then I’m on it. I want to contribute to creating a world where my fellow entrepreneurs are empowered to help solve real life problems.”

Statistics according to the 2011 Startup Genome Report note that about 90% of startups fail, and majority of that, contrary to what some may think, is not because of the lack of funding. Saiyad set out to lead ASA Ventures with the purpose of taking a holistic approach to investing, and thus “create a positive impact by ensuring startups succeed with support from an operating partner.” He adds, “I realized there is a specific need for a VC 2.0- one that will go beyond being a financial lifeline, to an entity that is your default business partner.” 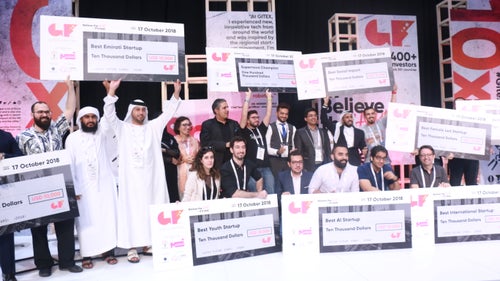 As someone who’s been on both sides of the table, as an entrepreneur and investor, Saiyad asserts how it has given him enough experience to discern essential “moving parts” that are needed to drive ideas forward when assessing deals for ASA Ventures. “In the last 15 years, we’ve been building our portfolio in a manner that will enable us to support entrepreneurs and take them to the next level through our inhouse synergies.” So, is there such a thing as a “bad VC”? Saiyad doesn’t believe so, and notes how everyone has their own niche and individual “investment philosophies” that collectively contribute to the ecosystem.

That’s not to say ASA Ventures hasn’t had their fair share of trials too- similar to other entities in the ecosystem, Saiyad affirms that their biggest hurdle was building the perfect team to bring the company forward. It’s not the shortage of talent, but rather finding the right people for the job. The founder and CEO notes that it’s due to UAE’s diverse talent that they’ve managed to find the right fit, plus with the help of Pulse, ASA Ventures’ own AI “company executive,” which they developed early on to accumulate data on market trends, analyze the company’s own projects for inefficiencies, and even utilize it for human resource functions.

When it comes to assessing startups, Saiyad explains that ASA Ventures, as proven from its wide portfolio, is sector-agnostic. “We believe [the] next great idea can come from any industry,” adding that they are also stage-agnostic, though they do give a special focus to early-stage startups, as it’s when the most support is needed. With its tagline, “growth beyond monetary capital,” ASA Ventures is also ready to take another step towards invigorating the ecosystem. Based on the firm’s research, they found that a number of startups in Dubai need both a funding and operational partnership, as they lose time trying to understand the startup scene in the region. 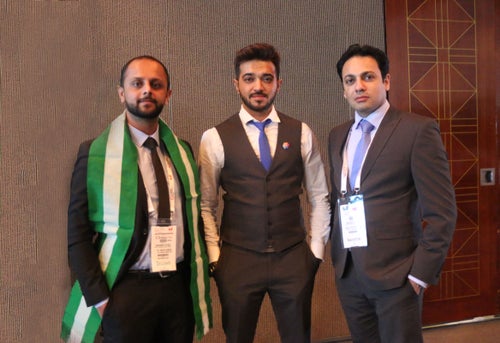 “Time you spend from idea stage to market viability is crucial,” says Saiyad. “Another startup could take its product or service to market tomorrow, so you really have to stay ahead.” Instead of entrepreneurs setting up everything from scratch, ASA Ventures aim to “amplify their strength as entrepreneurs by giving them access to our in-house synergies.” This was the drive for the inception towards the firm’s RevUp, a 12-week accelerator program striving to “provide actual resources versus the typical accelerator program” which, Saiyad says, aims to go beyond focusing on one or two aspects of entrepreneurship such as mentoring and other forms of knowledge sharing.

With applications welcomed until the last week of April of this year, the program is open to startups from every sector and industry, and from any stage, though starts with an MVP will have an advantage. “We are a hands-on partner that acts as their exoskeleton, allowing them to do more and do more,” as well as providing post-program assistance through public relations, fundraising and corporate structuring and leveraging ASA Ventures’ international relations for possible global expansions especially in the seven countries where they have a corporate presence, among other benefits.

For a startup to be considered by ASA Ventures, Saiyad looks out for five key factors. First, it’s the founder and his team: “When investing in a company, we basically invest in people.” Second, they look at the business plan and model, whether it’s a practical and sustainable solution to a real problem, and if there’s a market opportunity for it. Third, for its potential to grow and dominate the current market, or will it create a new one? Fourth is exit strategy, while fifth and most important, according to Saiyad, is its social impact. “It needs to serve a higher purpose, and that is to change lives for the better.”

Ambition to create, a maturing ecosystem and a growing interest from investors, especially following the landmark exit of homegrown ride-hailing app Careem that was acquired by global giant Uber for […]